Hannah lives in Westerville with her husband, one-year-old daughter, and soon-to-be newborn. She is the Deputy Director of the Ohio Progressive Collaborative, Ohio native, and two-time graduate of the Ohio State University.

I am the proud-though-often-flailing mother to a one-year-old daughter and am about to have my second child at the end of March. I consider my family to be one of my greatest achievements and count every day as a tremendous blessing. However, my path to motherhood – like many women –  was not without heartbreak.

In October of 2016, I sat in a doctor’s office sobbing into my hands, trying to stifle my cries from the people walking in the hallway outside. I had just heard the devastating news that the pregnancy I had prayed and hoped for months was not viable. The fetus had implanted in my fallopian tube and without treatment, my life and future fertility would be in jeopardy.

I simultaneously mourned the loss of the pregnancy, while fearing that at any moment my tube might burst and I would bleed to death. I also wondered if I would ever be able to conceive again, as I was only aware of surgical methods for removing ectopic pregnancies.

The drive to the hospital was one of the loneliest moments of my life. My husband was out of town and I couldn’t reach any family members. I checked myself into the emergency room and sat alone, waiting for what would come next.

Next witness, Hannah Tyler, is sharing her story of losing a wanted ectopic pregnancy. This bill ties the hands of doctors who should not be restricted from helping patients. #StopTheBans pic.twitter.com/SOlJDKiCmY

After the ectopic pregnancy was confirmed, the attending doctor presented me with treatment options. Despite qualifying for a non-invasive shot that would terminate the pregnancy, save my fallopian tube and ovary, and prevent any further growth, he advised me to consider surgery instead. His rationale was that the shot would endanger a viable pregnancy in the extremely unlikely event of there being an additional fetus in my uterus.

I was absolutely certain this was not the case due to blood tests showing very low levels of HCG – the hormone present in a woman’s blood when pregnant. At seven weeks pregnant, my HCG levels would have needed to be at least three times higher for there to be another fetus. Despite reiterating this fact to the doctor and explaining that I was absolutely opposed to surgery, he refused to administer the shot. Instead, I had to stay overnight in the hospital and consult with my regular OBGYN – who would not be available until the following afternoon. 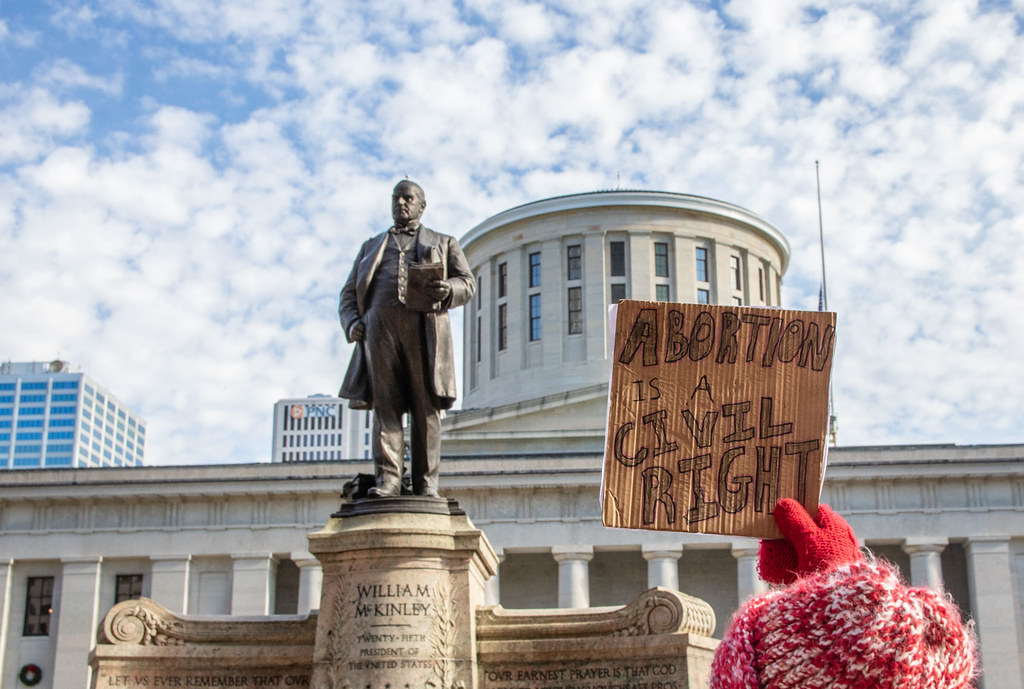 That night was excruciating. I was scared to fall asleep, fearing that my tube would burst and I wouldn’t wake up. I also knew that with every passing hour the potential for scarring and further damage of my fallopian tube grew, which would only make it more difficult for me to conceive again in the future.

I don’t tell this story because the parameters of SB 23 would have necessarily prevented me from ending my ectopic pregnancy. I’m sharing my story because it shows that early pregnancy is extremely complicated and can be fraught with difficult decisions. Creating blanket legislation for such a nuanced and complex facet of health care will only strip women and health care providers of options. I fear doctors would become so cautious in offering the option to end a pregnancy due to the possibility of criminal prosecution, that women will be forced to opt for treatments that are much more invasive and threaten not only their lives, but their overall reproductive health, and future paths to motherhood.

Additionally, had there been another fetus in my uterus with a heartbeat, would I have been forced to undergo surgery to remove the ectopic? While I would likely have opted for surgery in that situation, I do not think it’s the legislature’s role to dictate what that choice should be. Forcing a woman to undergo invasive surgery and permanent damage to her reproductive system in order to save a pregnancy that may also be non-viable strips women of the most basic right of bodily autonomy.

My life and future fertility were treated as secondary to the hypothetical presence of a viable fetus. I do not want other women to experience what I went through and I believe legislation like this will make my story far more common than it is now.

Tired of Waiting for Ohio Leaders to Do Something About Gun Violence? →

Health Care Promises Made — and Broken — By President Trump →